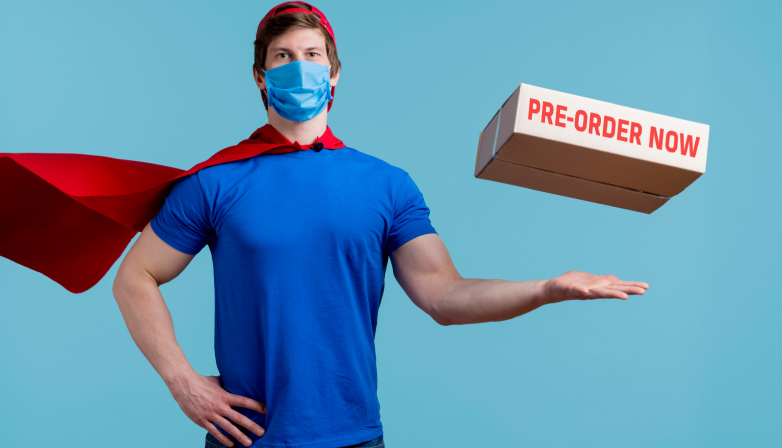 The year is winding down. Holidays are right around the corner and the season of wishlists and gift-giving. People are beyond excited when it comes to new arrivals and new product launching. The reason why we prepared this article is to help you with shopping ideas. You can add these items to your shopping list, and a perfect way to keep track of your shopping plans. To begin with, we added a variety of things that you can use in your home, played games with your friends, gifted to family and friends, or to treat yourself.

However, with brand new products regularly emerging, it can be hard to keep track of the things to buy to satisfy your desires. Once a new product comes out, it may become out of stock when you buy online, or it may not be available in your region. Pre-ordering comes in handy.

Pre-ordering gives you an advantage over waiting to buy since it lets you get what you want before it sells out. Reserving guarantees that you will receive the item you wish to after the release.

Ready your pocket and check out these fresh new arrivals and products available for pre-orders this August 2020. 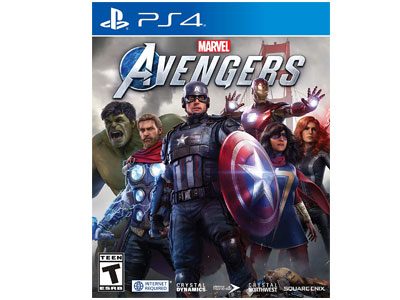 Team up to four players and summon online to defend the Earth from escalating threats that only the true Avengers can conquer. Marvel’s Avengers is an action-adventure, epic, third-person perspective game. Also, it features the iconic heroes of the original story version with a single-player campaign and co-op gameplay. 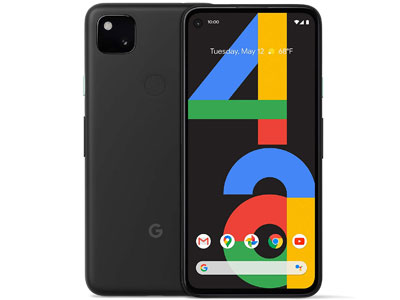 A Google phone packed all the technology you want in a single device. Google revealed that the Pixel 4A will be available on August 20, 2020. With its surprisingly impressive single-camera smartphone photography, one-hand-friendly design, and a lot of other useful features. The new Google Assistant assists you in controlling apps, sending texts, and screen calls to a lesser price than other premium devices. 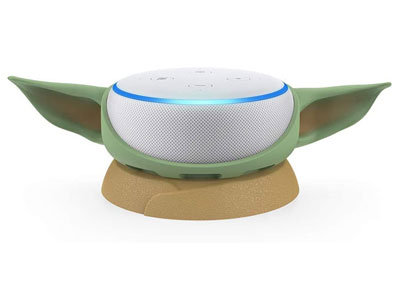 Amazon has launched a Baby Yoda stand for the 3rd Gen Echo Dot. The world has fallen in love with the adorable tiny green creature from The Mandalorian known as ‘The Child.’

People who especially own one of Amazon’s compact Dot speakers can nest their 3rd Gen inside it to remember the character of the memorable pointy ears that aired on Disney Plus. 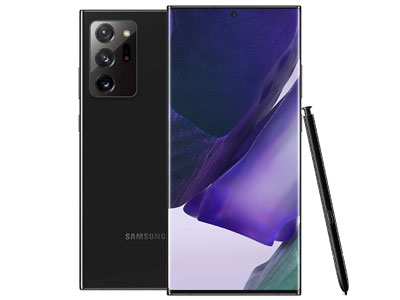 Galaxy Note 20 Ultra is similarly like a computer suite on the go, sitting right in your pocket. Interestingly, you can turn your phone into the ultimate gaming package. Merging a pen with a phone has been acknowledged as one of the best features that Samsung has to offer. Thus, this product is a powerful phone that changes how you work and play. 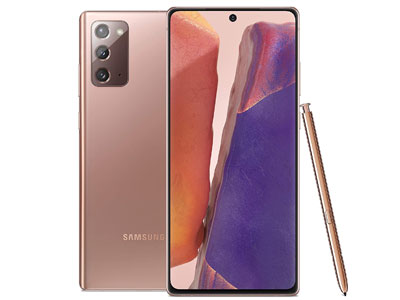 You can go bigger with Galaxy Note 20. The phone creates a certain sophistication and a next-level experience. It’s a mobile device designed to rival your PC gaming experience while fitting in your pocket. The screen display lets you get into gaming without worrying about missing anything. It also helps to keep your notes organized with the S Pen. 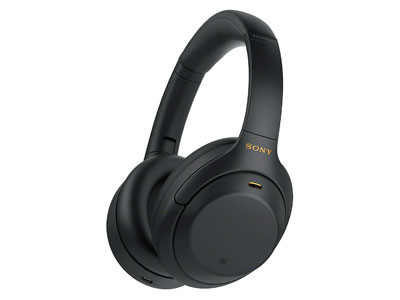 Sony headphones are significantly one of the best wireless devices by most reviewers on the market. And now, the best has gone even better. Sony continues to serve up one of the most exceptional noise-canceling headphones. Moreover, you can now boost your listening experience with the power to personalize and control everything you listen to, with the all new Sony WH-1000XM4. It’s been two years since the last UFC video game, and EA Sports is going to reveal the next edition of the MMA franchise. Now, you will be able to play as two Champions of Boxing at the same time in the MMA Arena. The most awaited EA Sports UFC 4 brings enhanced gameplay, the latest fighters, a brand-new star rating system, and many more! 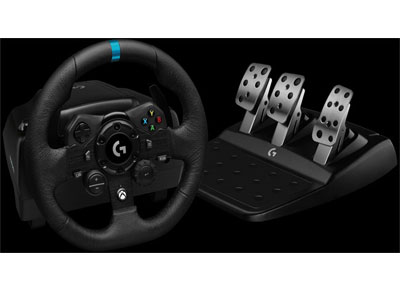 Logitech revealed its first new racing wheel in five years: the G923 for the PlayStation 4, Xbox, and PC and will be available this August 2020. The award-winning Logitech G scheme redesigned the game to dial down into your game physics, delivering exceptional realism. Feel the pistons surging, the gravel crunching, and every drift, shift, and turning like never before. 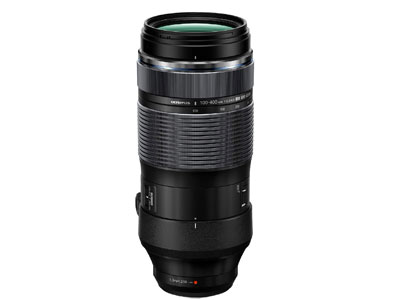 Olympus Corporation just announced the M.Zuiko Digital ED 100-400mm F5.0-6.3 IS will have the release on September 8, 2020. It is a surprisingly compact, lightweight super-telephoto zoom lens covering a full focal length of 200-800mm equivalent and is compliant with the Micro Four Thirds System standard if you want to get a long lens for wildlife photography. Nikon has just announced an innovative full-frame mirrorless camera with 4K Video and IBIS, the Z 5. Push the limits of your creativity with Z 5 built around Nikon’s revolutionary Z mount. Compact yet powerful, simple yet sophisticated that is ready to grow with you. Whatever your skill level, the Z 5 delivers precision autofocus, detailed imagery, and the tools you need to be as creative as possible. It has been around one year since Microsoft first announced its foldable device to the world. Pre-orders for the dual-screen phone are now live, and it will be available in stores on September 10. The Surface Duo runs Android and folds, but it’s unlike any folding Android phone today. Surface innovation comes to a dual-screen mobile gadget, featuring the best of Microsoft 365, every Android app in the Google Play store, phone calls, and many more. The company Samsung has announced the follow-up to its first-ever foldable phone, which improves the original Galaxy Fold while retaining the same form factor and a comparable design. It exposed its updated device that folds open from a phone into a tablet, with a 6.2-inch cover screen and a 7.6-inch interior display. Jump Force: Deluxe Edition – The most popular Manga heroes lunge into a whole new battlefield in Nintendo Switch. Uniting to fight the most dangerous threat, the Jump Force will bear the fate of the entire human race. Create your avatar and jump into an original Story Mode at the same time to fight alongside your favorite anime heroes. Assemble your team of Earth’s Mightiest Heroes, embrace your powers, and live your Superhero dreams. Master extraordinary skills, customize a growing roster of heroes and defend the Earth from escalating threats. Indeed, an exciting game to try on. Begin your career as a quarterback in high school and attempt to lead your team to a State Championship. Go all out in Madden NFL 21 where a courageous new generation of rising NFL stars is poised to change the game. Together with fresh new features, innovative gameplay mechanics, and a bold new cover. The book covers everything about the game. With details on every last challenge and feature, the guide offers smooth progression through the entire adventure and commanding expertise on all key systems. It is a premium hardcover Collector’s Edition printed on superior quality art paper and includes bonus material. Cyberpunk 2077 is an open-world, action-adventure story set in Night City. A city plagued with power, glamour, and body modification. You play as V, a mercenary outlaw going after a one-of-a-kind implant that is the code to immortality. You can customize your character’s cyber wear, playstyle, and skillset. Explore a vast city where the choices you make will shape the story and the world around you. A Marvel Armory Collection inspired by the hit video game, Marvel’s Spider-Man.This Marvel collectible depicts Spider-Man’s alternate red undersuit with a blue sleeveless hoodie over the top. The hoodie especially highlights two stenciled spray-paint-styled spider symbols on the chest and the back with specialized web cartridges around his wrist and ankles. The Michael Myers (Statue Edition) features a mixed media costume tailored to capture the killer’s signature size and shape. The infamous Myers mask is sculpted onto his portrait. It features synthetic hair elements that add a degree of scary realism to the detailed figure. In short, bring an extra level of fear to your collection with these exclusive additional display options.

New products are coming out all the time. To find these products, you can do some pure research. Keep your eyes open and your ears to the ground and always update yourself for new arrivals. Don’t forget to check back in a couple of months. We will keep you updated, so your wishlist is still loaded with amazing new products on the market in 2020.

21 Ways To Emojify Your Connection With Your Loved Ones

How To Compare Products Using The Buyaladdin App